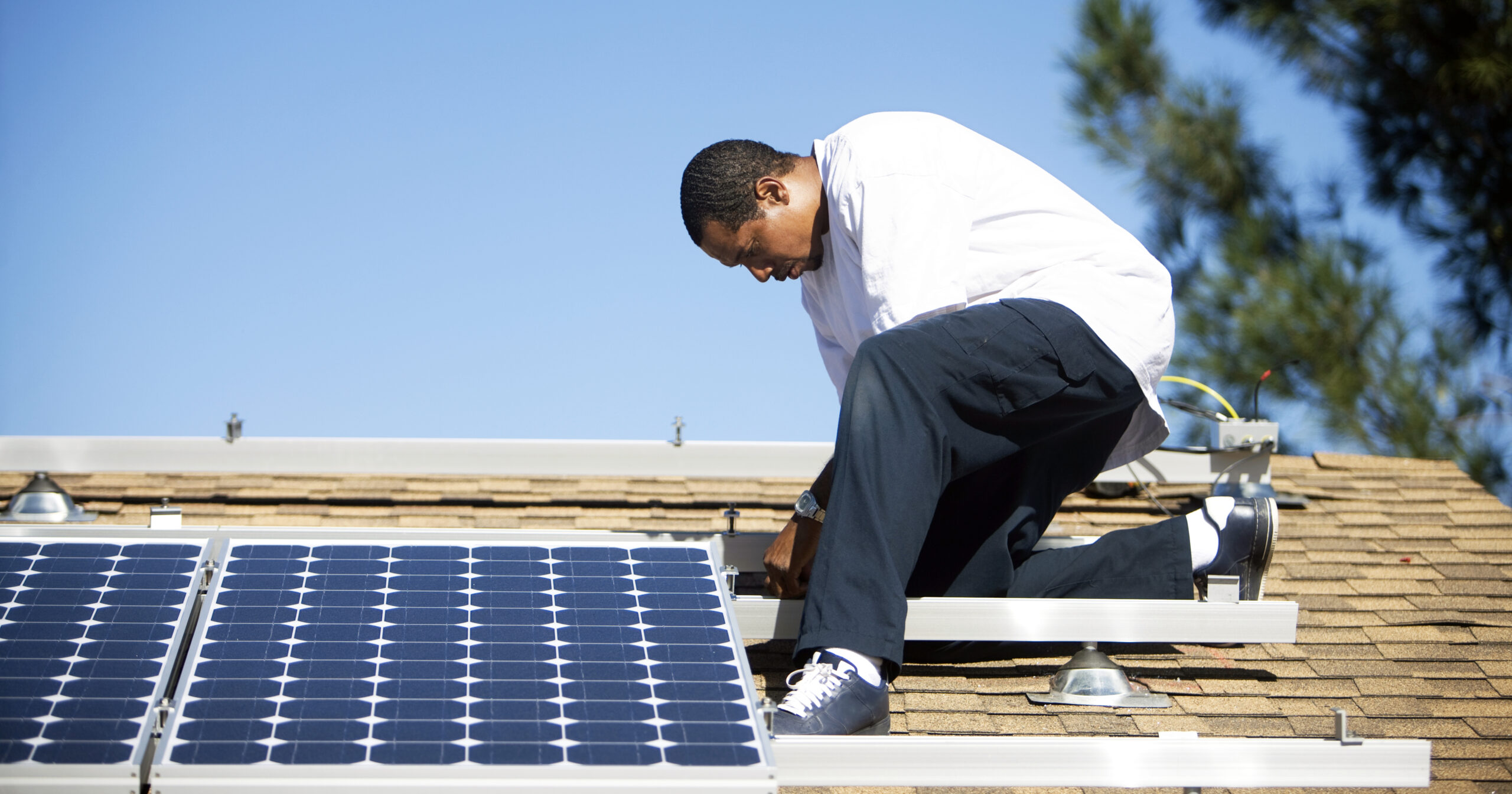 By Jodi HelmerDecember 9, 2020No Comments

Before Jamie Long was elected to the Minnesota House of Representatives in 2018, he spent countless hours serving on the board of an environmental nonprofit and leading his neighborhood council in their efforts to build a solar garden in their Southwest Minneapolis neighborhood.

As a community activist, Long was interested in increasing access to clean energy and reducing energy costs. In his role as elected official, Long recognizes that community solar provides significant economic benefits that extend far beyond the homes it powers.

”“Community solar anchors the solar industry in Minnesota,” he explains. “The demand for projects is huge in our communities and we’re trying to get [solar gardens] built to meet the huge potential to scale up.”

In Minnesota, 30 utilities offer community solar options to their customers and 208 community solar projects serve more than 14,000 subscribers around the state. The demand for the distributed energy offering has created a significant economic impact.

The latest data from Minnesota shows that community solar pays $5 million per year to landowners for leases and royalty payments; generates $1 million annually to counties and towns through the Solar Production Tax Credit; and increased property tax revenues in excess of $2 million per year.

Job creation is also a significant economic driver. Installing and maintaining community solar gardens in Minnesota has created more than 4,600 jobs, making “solar installer” the fastest-growing job in the state.

Shaffer notes that each of the 20 solar garden developers in Minnesota works with their own engineering, procurement and construction [EPC] firms, legal teams and other ancillary services, creating a ripple effect into different industries. In comparison, he adds, “a utility scale project with 700 megawatts has one developer who has one EPC and so there isn’t that same diversity of impact and, in Minnesota, that diversity helps lead to more Minnesota jobs.”

While the most significant economic impacts are generated during the construction phase, the economic benefits of community solar last long after the gardens are installed.

Minnesota will pay 354 landowners $182 million in leases and royalties over the next 25 years. In New Jersey, 450 MW of community solar installed between 2019 and 2021 are estimated to yield an average of $48.5 million in economic benefits per year during the lifespan of the projects.

“There are two general impacts [of community solar installations],” explains Tim Kelsey, Ph.D., co-director, Penn State Center for Economic & Community Development at The Pennsylvania State University. “There’s the overall economic impact during the construction phase when projects are being developed and the economic impact after the sites are up and operating…it allows a wider range of people to take advantage of cleaner energy source and lower electrical costs and also brings jobs to communities.”

Moreover, the installations generate additional tax revenues without putting a strain on municipal budgets because the sites do not require taxpayer-funded services like snow removal, water and sewer infrastructure, law enforcement or road maintenance, notes Kelsey.

For states to benefit from the positive economic impact of community solar installations, pro-solar legislation is essential.

Minnesota introduced solar energy legislation in 2013. One of the bills, 216B.1641, required Xcel Energy, the state’s largest utility, to submit a plan to operate a community solar garden that, once developed, would represent at least 200 watts of capacity (but not to exceed one megawatt) and offset the energy use of at least five subscribers.

“Without as robust a community solar law as we have, we wouldn’t have job growth in the state,” Long says.

The Minnesota legislature is considering several bills to build an even more robust community solar economy across the state. The goal of House bills 3368, 3931 and 2625 and Senate bills 2697 and 3213 is to increase the size of community solar projects to facilitate expansion; increase access for low-income subscribers; and remove contiguous county restrictions so more utility customers can benefit from clean energy access.

Kelsey spearheaded research to examined the potential economic impact if two bills—HB531 and SB705—that would allow community solar installations in the state passed the legislature in Pennsylvania. The bills, which have bipartisan support, could open up opportunities for more than 235 community solar facilities in 48 counties across the state.

The findings showed that the construction phase of these projects would generate $1.8 billion in economic activity statewide, including the creation of more than 11,000 jobs. During the operations phase, the state could expect an $83.3 million economic impact and 520 full-time jobs as a result of community solar gardens.

“It’s very possible that if the [Pennsylvania] general assembly provides the opportunities for these to be created, that there might be more companies that step up and there might be more facilities and a larger sizes, creating even more economic benefit [than the report projects],” Kelsey says.

Without signing those bills into law, the shovel-ready projects waiting for the governmental green light will disappear.

Long credits legislation for providing a much needed boost to the local economy, adding, “Community solar can be a really incredible way to help bring solar down from a concept that is large scale, not rooted in community to one where you’re helping your neighbors save money and save the planet at the same time [and] if we’re going to meet our climate goals, we need to use all of the tools in our toolbox, including legislation, to make sure it’s rapidly deployed.”